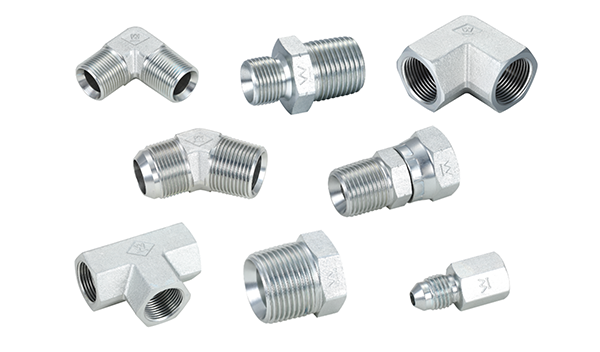 Winner brand BSPT connectors at least has BSPT thread male or female connect end in the connector, BSPT is British Standard Pipe Taper thread, it is similar to NPT thread.

The BSPT thread has below characteristics:

1. The truncation of roots and crests of thread are flat 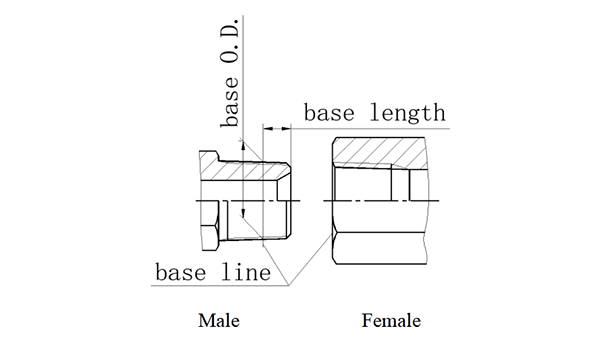 BSPT male threads seal against threads of fixed BSPT female, use of a thread sealant such as PTFE sealant tape is recommended for BSPT male to BSPT female connections.

How to identify it is a BSPT thread and determine the thread size?

2. Use a caliper measure the diameter of base line position. Measure the thread diameter with an ID/OD caliper, external thread diameter is measured on the out diameter, and holding the caliper at a slight angle for a more accurate reading, for internal thread is measured on the internal diameter, and holding it perpendicular to the thread for a more accurate female reading.

3. Measure the threads per inch (TPI) or the pitch. As the measured diameter and use relational pitch gauge, try different thread gauges until determine the tightest fit, engage as many threads as possible, there are more thread engaged, the more accurate the reading. Hold the fitting/connector and thread pitch gauge up to the light, looking for gaps between the gauge and thread, this is easier to see on a external thread fitting/connector than a internal thread fitting/connector. Or directly measure the distance of two threads crest

The normal Winner plating of adapters/connectors are free of Cr6+, and the corrosion protection performance reached 360h no red rust, it exceeds normal standard.